Listen, Learn, and Grow with “In the Know”

Join us on Sunday mornings as our In the Know guests share insights, information and event happenings!  VNA hosts In the Know every Sunday morning from 11:00am to 11:30am on 94.3 FM The Talker.  Each week our conversations are new but the overall monthly format is as follows:

The first Sunday of each month is “Healthy Habits”, featuring dietitian and nutritionist Marilyn Ksiazek who will help you figure out how to use food and nutrition to live a healthy lifestyle or manage a particular disease.

The second and third Sunday of each month is “Good to Know”, featuring various service agencies, happenings, topics and tidbits that benefit you and your neighbors throughout Northeastern Pennsylvania.

The fourth Sunday of each month is “Soulfully Good”, featuring conversations that are sure to inspire, motivate, and encourage you to live your best life!

And when there’s a fifth Sunday in the month, that’s “Grab Bag Sunday”.  Send us your ideas for show topics to intheknownepa@gmail.com.

Past episodes you may find helpful: 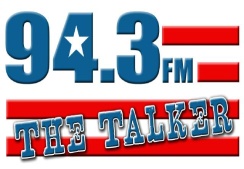